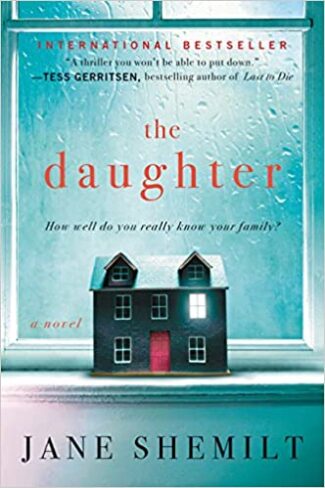 A mother driven to the brink by uncertainty . . .
A family that was never quite as perfect as it seemed.

Jenny is a successful family doctor, the mother of three great teenagers, married to her loving husband, Ted, a celebrated neurosurgeon.

But when her youngest child, fifteen-year-old Naomi, doesn’t come home after her school play, the seemingly ideal life Jenny has built begins to crumble. The authorities launch a nationwide investigation with no success. Naomi has vanished, and her family is broken.

As the months pass, the worst-case scenarios—kidnapping, murder—seem less plausible. The trail has gone cold and the police have more pressing cases to investigate. Yet for a desperate Jenny, the search has barely begun. More than a year after her daughter’s disappearance, she’s still digging for answers—and what she finds disturbs her. Everyone she’s trusted, everyone she thought she knew, has been keeping secrets, especially Naomi. Piecing together the traces her daughter left behind, Jenny discovers a very different Naomi from girl she thought she’d raised.

Jenny knows she’ll never be able to find Naomi unless she uncovers the whole truth about her daughter—a twisting, painful journey into the past that will lead to an almost unthinkable revelation .

I’ve got to say I rather liked this book but it didn’t thrill me the way that I expected it to. It’s one of those books that keeps going at a steady pace giving you plenty of detail about the everyday comings and goings in life without there being anything that was terrifically shocking.

“When you are young you have no idea what you will need as time passes or how strong you might have to be.”

There are two main themes in The Daughter; the deceptiveness of teenagers and the blame game on working mothers. Both are things which people bury their heads in the sand about and pretend don’t exist. Both are things that are happening every day in a variety of families throughout the UK (and the rest of the world). I’ve seen a lot of reviewers mark this book down because they don’t believe that teenagers would lie to their parents like that. They’re wrong. I see a lot of parents who think that their children aren’t keeping things from them when the children are having intimate relations and taking drugs. I’ve also seen a lot of people complain about the way that Jenny is treated in this book because she feels guilty for the hours she works as a GP and is also made to feel guilty by her husband and son while they accept the fact that her husband had to work long hours as a surgeon. I wish we lived in a world where this didn’t happen. I wish we lived in a world where women weren’t made to feel guilty for going to work when they have young children. I wish we lived in a world where a man would be asked how he juggles a demanding career and family life. But we don’t.

“The trick was simply to balance it all. Family. Marriage. Career. Painting. If the balance tipped in one direction and work took up more time, no one complained. It sometimes felt as if I was rehearsing for real life, so if it went wrong it didn’t matter. One day I would have it all organized. I would be the perfect mother, wife, doctor, artist. It was just a question of practice. If I made mistakes, I could simply try again.”

Shemilt has done a very good job or portraying family life, the backdrop to this is the disappearance of a family member. She’s done a no hold barred accurate reflection of what happens in a hell of a lot of homes. I’m not saying it should. But it does. For me though, the book falls short in not being pacey enough. It focuses too much on how a mothers grief can weigh her down and because of that a lot of the story feels like swimming through treacle. I still very much enjoyed it but it could have had a far bigger impact. 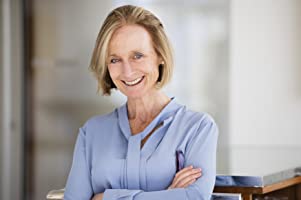 While working as a GP, Jane Shemilt completed a postgraduate diploma in Creative Writing at Bristol University and went on to study for the MA in Creative Writing at Bath Spa, gaining both with distinction. Her first novel, Daughter, was selected for the Richard & Judy Book Club, shortlisted for the Edgar Award and the Lucy Cavendish Fiction Prize, and went on to become the bestselling debut novel of 2014. Since then Jane has published three more bestselling thrillers: Little Friends, The Drowning Lesson, and How Far We Fall. The Patient is her first novel with HarperCollins, and will be out in April 2022.

She and her husband, a professor of neurosurgery, have five children and live in Bristol.