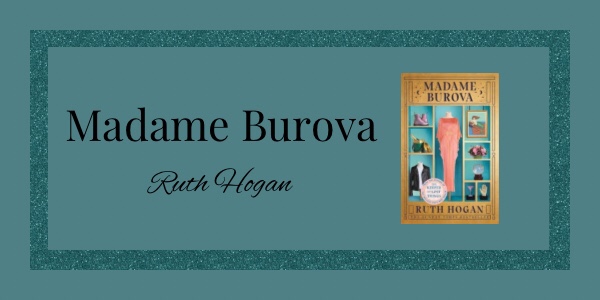 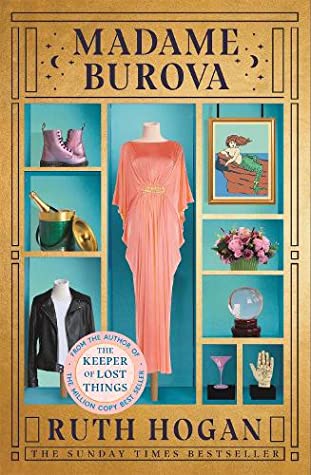 Tarot Reader, Palmist and Clairvoyant is retiring and leaving her booth on the Brighton seafront after fifty years.

Imelda Burova has spent a lifetime keeping other people's secrets and her silence has come at a price. She has seen the lovers and the liars, the angels and the devils, the dreamers and the fools. Her cards had unmasked them all and her cards never lied. But Madame Burova is weary of other people's lives, their ghosts from the past and other people's secrets, she needs rest and a little piece of life for herself. Before that, however, she has to fulfill a promise made a long time ago. She holds two brown envelopes in her hand, and she has to deliver them.

In London, it is time for another woman to make a fresh start. Billie has lost her university job, her marriage, and her place in the world when she discovers something that leaves her very identity in question. Determined to find answers, she must follow a trail which might just lead right to Madame Burova's door.

I’m finding this a really difficult book to review. It’s not a book that I knew anything about or had even heard of, prior to it being chosen as the August read for the book club that I’m in so I went into it with absolutely no expectations.

Although I enjoyed this book, there wasn’t actually a lot that happened. If I had to sum it up it would be that Madame Burova tells Billie that she is adopted but she refuses to tell her who her parents are. Billie then works to figure this out for herself, knowing that her father is one of the Larkin’s holiday camp staff in a photo where Madame Burova used to work. The story takes place “then” the summer that someone became pregnant with Billie, it lets us get to know the characters so that we can begin to guess at who the parents might be. And “now” where Billie is getting to know Madame Burova and an assortment of characters who she is friendly with, while trying to investigate who her parents might be.

There is a large cast of characters, only a few of which are given centre stage and who’s storyline we follow. There is a secondary storyline of Treasure, a mixed race child who is bullied at school during the 1970’s, although beautifully written and an interesting storyline, it doesn’t really go anywhere and I’m not entirely sure why it was there.

Due to such a huge number of characters I struggled to remember who all of them were, except for those that were talked to by Clive. Clive believes he is working undercover for MI5, communicating with them through elastic bands. He is tolerated by everyone who accept him for who he is, he’s on the periphery throughout the novel. I actually loved how he remembered people – he is MI5 Clive, Billie is Billie in the bowler hat. Others are identified by the exact wording that was used when they were introduced to him.

The beauty of this book is in the writing, there’s not a huge amount of character development, there’s a large cast of characters who you don’t really get to know in any great detail and there’s not a great storyline. And I know that all sounds really negative, but I still enjoyed it. It could have been boring and a dnf, but it wasn’t, it was a “nice” book to read.