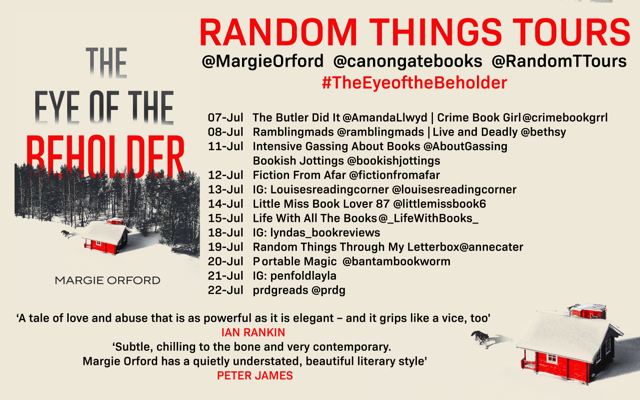 When danger lies in the eye of the beholder, what happens when you reject its pull?

Cora carries secrets her daughter can't know. Freya is frightened by what her mother leaves unsaid. Angel will only bury the past if it means putting her abusers into the ground. One act of violence sets three women on a collision course, each desperate to find the truth, when the people they love are not what they seem.

Today is my stop on the tour for The Eye of The Beholder by Margie Orford. Many thanks to Anne and Random Things Tours for including me on this tour and for introducing me to this fantastic author.

Wow. This book was so different to what I expected. The synopsis gives away very little and it’s quite hard for me to review while also not sharing any spoilers but I’ll do my best.

Set between Scotland, Canada and South Africa this is a dark and atmospheric thriller detailing the lives of 3 women Cora, her daughter Freya and Angel. Going from the present time to flashbacks of the past detailing how they’ve ended up in their current situations and Freya’s discovery of photographs and cine-film giving her insight into her mothers past.

Angel and Cora are both trying to escape their pasts and the relationships that they’re refusing to let define them. These are strong women, they are survivors. I know that they’ve endured a lot but I wasn’t drawn to these characters, they weren’t people I’d like to get to know better. However, that is my only real criticism of the novel.

When Yves, an art dealer disappears, you’re questioning what has happened and who was responsible. There was no one I didn’t point the finger at while reading.

This is an emotional, dark novel, with a lot of trigger warnings that I hadn’t expected. It is beautifully written, especially when you consider the subject matter at the heart of it and it will stay with you a long time after finishing it. 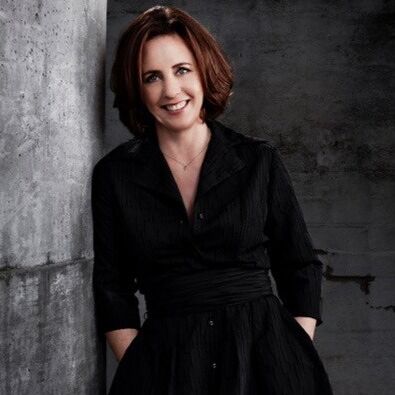 Margie Orford is an award-winning journalist who has been dubbed the Queen of South African Crime Fiction. Her Clare Hart crime novels have been translated into ten languages and are being developed into a television series. She was born in London and spent her formative years in Namibia and South Africa. A Fulbright Scholar, she was educated in South Africa and the United States, has a doctorate in creative writing from the University of East Anglia and is an honorary fellow of St Hugh’s College, Oxford. She is President Emerita of PEN South Africa and was the patron of Rape Crisis Cape Town. She now lives in London.