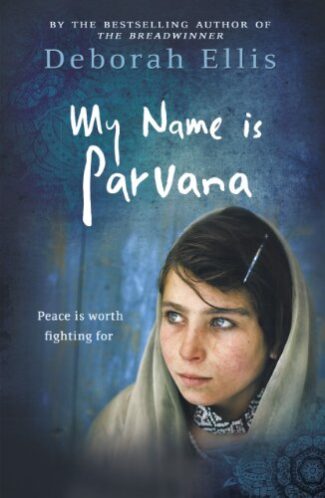 The fourth book in the internationally bestselling series that includes The Breadwinner, Parvana's Journey and Mud City.

In this stunning sequel, Parvana, now fifteen, is found in a bombed-out school and held as a suspected terrorist by American troops in Afghanistan.

On a military base in Afghanistan, after the fall of the Taliban in 2001, American authorities have just imprisoned a teenaged girl found in a bombed-out school. The army major thinks she may be a terrorist working with the Taliban. The girl does not respond to questions in any language and remains silent, even when she is threatened, harassed and mistreated over several days. The only clue to her identity is a tattered shoulder bag containing papers that refer to people named Shauzia, Nooria, Leila, Asif, Hassan -- and Parvana.

In this long-awaited sequel, Parvana is now fifteen years old. As she waits for foreign military forces to determine her fate, she remembers the past four years of her life. Reunited with her mother and sisters, she has been living in a village where her mother has finally managed to open a school for girls. But even though the Taliban has been driven from the government, the country is still at war, and many continue to view the education and freedom of girls and women with suspicion and fear.

As her family settles into the routine of running the school, Parvana, a bit to her surprise, finds herself restless and bored. She even thinks of running away. But when local men threaten the school and her family, she must draw on every ounce of bravery and resilience she possesses to survive the disaster that kills her mother, destroys the school, and puts her own life in jeopardy.

A riveting page-turner, Deborah Ellis's final novel in the series is at once harrowing, inspiring and thought-provoking. And, yes, in the end, Parvana is reunited with her childhood friend, Shauzia.

When the book starts 15 year old Parvana is already being held by American soldiers on suspicion of being a terrorist, we quickly learn that although she speaks near perfect English she is refusing to speak. Over the course of the novel we learn of the events that have led up to her being held and the reasons behind her silence.

This is the fourth book in the series and although it was strong enough to be read as a standalone, I would have liked to have had a better understanding of the relationships between Parvana, Mrs Weera and Shauzia which would have been gained from reading the earlier books in the series.

This book is aimed at the 10 year olds + age range, it’s part of the Accelerated Reading program, as are all of the other books in this series. Although not an easy book for this age range to read, it tackles some difficult subjects but is done in an easy to understand manner which I don’t think younger readers would find too difficult or traumatising.

Although aimed at children I think it’s a good read for all age ranges, I wanted to read a novel centred around the trouble in Afghanistan but I didn’t want something that would be too heavy going. This book was perfect for it.